Starting in 2006 San Francisco’s worth taking is just good straight ahead pop punk music. Notable influence of Jimmy Eat World and I’d say Jawbreaker in their sound. They even boast a cover ep with MXPX’s Mike Herrera. Tight playing, great harmonies and songwriting. 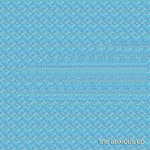 2011 gave us their first recording, Anxious EP. It’s starts right off with down tempo power pop, think Jawbreaker’s Dear You album. There’s a desperation in the singing that screams authenticity and avoids cliché. The EP ends with a solid faster track that highlights their Jimmy Eat World influence. Titled The Battle, it’s the stand out of this release. The harmonies are amazing and the whole thing shows these guys spoent a lot of time cutting their teeth before recording at all.

2013 gave us their Punker Than Thou EP. This is covers from Green Day, MXPX and The Ramones. The 2 Ramones tracks are my my highlight on this. I may be partial, but they did an awesome job with them. The whole thing is a good job of these songs.

2013 brought a full length, Art Imitates Art. The years have been kind to their playing and writing. While some may or may not consider these guys necessarily “punk” they do bring it and it’s fucking good. Their’s even an intense 30 second track on here. Some this album makes me think of Alkaline Trio’s Maybe I’ll catch Fire. Get to know these guys and catch them if they play in your town.
-Maty Almost

Keep up with them at https://www.facebook.com/worthtaking